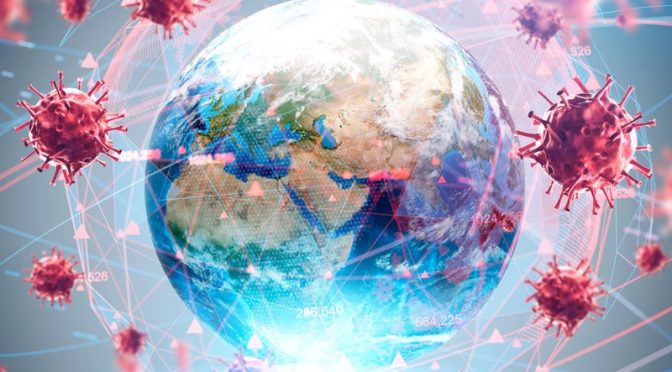 Acharya has reviewed astrologically the time of America in the context of CORONA VIRUS is becoming bad to worse. The Sun is in the 7th house and is malefic as per question horoscope. The United States will have a tough time when it comes to the lives of people, obstacles from a different side. The disease becomes a disaster all around the Globe. Simultaneously incidents of natural disasters like fire, storm, earthquake can be expected because of the 7th House. Planet moon currently passing the 8th house will lead Humans to suffer from mental disorders and may have suicidal behavior, and because of an increase in the severity of the situation people’s evil nature will come into action, false propaganda from enemies will increase the difficulty of Government.

1. Use Copper Utensils for Cooking and Drinking of Water.

Since the moon is in the 8th house it affects the health and mental condition. It will bring Death, Famine, War, and Conquest. It is also predicted that millions of people will have to fight water-borne diseases, poverty, fights, envy, war-like situation, fear of death, and mental diseases.

Mars is 4th house which will create problem and dispute between elders and young people in a house and will face unnecessary arguments and differences. People will try to prove themselves right will start controlling each other.

The planets are not in good condition the Entire Globe and for the United States. The world will face a huge loss of lives and the economy. As the Planet Moon travels the 8th house, it is predicted that those who are in great power will mislead their followers.
The past Government policies harm the entire Country and people have faith in American President Donald Trump to take firm decision and revision for the American policies in all aspects.
This China Oriented Viral Infectious Disease will be a threat rest of the world and the United States. Therefore the world leaders have to sit together and shall take corrective action or otherwise ready to face more problems as China’s deed.
WORLD HEALTH ORGANISATION has failed to inform the community on time about CORONA VIRUS THREAT because of which on this date about 2 Lakh People lost their lives and in the upcoming days’ many people will lose their loved ones.

LESSON FOR ALL COUNTRIES

Avoid the countries for any relation who are indulging in inhuman acts, frauds, working against humanity, kills their own people, and others for any gain, terrorizing the world.